Collaboration with Other Professional Bodies

Memorandum of Understanding between ANCPI and CAFR

On March 26, 2019, the Chamber of Financial Auditors of Romania (CAFR) signed a Memorandum of Understanding with the National Agency for Cadastre and Land Registration (ANCPI) in order to support and improve the role and importance of financial audit in strengthening and increasing the credibility of economic entities’ activity, the promotion of best practices of the financial auditor profession and specific national and European regulations in the field.
This action is part of the Chamber’s approach to identifying new opportunities for the development of the audit market for its members.

Cooperation agreement with the Chamber of Commerce and Industry of

The Chamber of Financial Auditors of Romania (CFAR) signed in September 2019, a Memorandum of Understanding with the Chamber of Commerce and Industry of Romania (CCIR) in order to promote joint actions and certain activities to improve the business environment and to strengthen and give credibility to the economic entities’ activity, which represent an important market for financial audit.
CCIR and CAFR agreed to work together towards improving the legal framework for financial-accounting and auditing.
This agreement also provides the organization of common joint training courses and professional education, as well as participating in partnership events, seminars, conferences, symposia, debates to inform the community on the role of the audit activity.
The activities of both institutions will be published through their own publications and media. 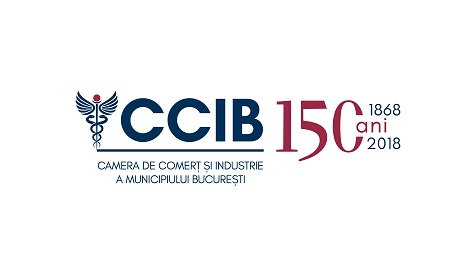 In May, the Chamber of Financial Auditors of Romania (CFAR) and the Chamber of Commerce and Industry of Bucharest (CCIB) agreed on a Memorandum of Understanding to promote and achieve common objectives in the field of information and professional training to entrepreuners and auditors.
The two organizations shall carry out, on the basis of partnership, joint actions to improve the business environment and support the assumption of good practices following the European regulations in the field, in order to adapt and implement them in Romania.
In this regard, CAFR representatives shall be invited to attend the events organized by the CCIB, where entrepreuners shall be informed of the role and importance of financial audit. In its turn, CAFR shall invite CCIB representatives to its scientific events in order to set out specific economic issues.
CAFR and CCIB shall identify and promote measures to improve the business environment and ways to support financial auditors’ continuous professional development.

Accreditation of the Audit Firms by the Romanian Football Federation

Dear Auditors,
The Romanian Football Federation announces the organization of the audit accreditation of audit firms  that can perform audit engagements to football clubs in accordance with the requirements of the National Club Licensing and Financial Fair Play Regulations.

For details on the calendar and specifications, please refer to the following documents:
1.    Specifications for financial auditors 2018;
2.     Information on accreditation examination  2018

Since 2010, the Chamber of Financial Auditors of Romania is member of the Association of Economic Universities of Romania, AFER, a professional – scientific organization, a non-governmental entity which develops educational and scientific research programs in the field of economic sciences.

CAFR shares the objectives of this Association, such as the development and improvement of the Romanian higher education system, the promotion of professional, scientific and social interests of the academia in the economic field and the harmonization of the curricula.

Education and professional training have represented and continue to represent key areas in the CAFR activity.

The Chamber of Financial Auditors is an UPLR member.

Memorandum of Understanding for developing cooperation on financial audit

I. CAFR – ASF Memorandum of Understanding

II. Additional Act no. 1/26.03.2015 to the Memorandum of Understanding between the Chamber of Financial Auditors of Romania and the Financial Supervisory Authority

III. Conditions for approving financial auditors who are willing to perform audit activities autorized, regulated and supervised by A.S.F.

Association of Public Administrators of Romania

The object of the Memorandum of Understanding signed in May 2019 between the Chamber of Financial Auditors of Romania (CAFR) and the Romanian Banking Institute (RBI) focuses on the mutual development of common activities and strategies in the field of education and professional development.

Based on this MoU, all participants enrolled in the RBI programs – courses, seminars, conferences and/or other type of activities, who are also CAFR members, shall benefit of a 15% discount from the standard rate comprised by the IBR regulations.